You are here: Home / Archives for maria popova 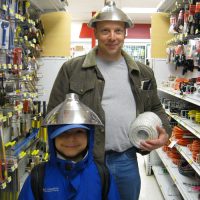 Since I started this blog I’ve been following a lot of cultural thinkers through blogs, Facebook, and Twitter, and I’ve come across some incredible leaders who have changed the way that I look at the world. This list is a small sampling of who I’m paying attention to (mainly the result of time limitations…babies can only play by themselves for so long) so I welcome you to join me on Facebook or Twitter and see more of the people that I follow.

I’d also love to know…who do you think should be on this list?

Why you should follow him: Tulley is the visionary behind Tinkering School, a place where “children can build anything, and through building, learn anything.” He’s opening a new school this fall in San Francisco called Brightworks, where “students explore an idea from multiple perspectives with the help of real-world experts, tools, and experiences, collaborate on projects driven by their curiosity, and share their findings with the world.” If I could justify the drive, I would be over-the-moon if my kids attended this school. He also wrote a book called Fifty Dangerous Things (You Should Let Your Children Do)

. What’s not to like? Tulley explains Tinkering School here in about four minutes.

Why you should follow her: Brain Pickings is a well-curated blog of all sorts of interesting ideas from the worlds of design, science, psychology, art, you name it! From her blog (because it’s hard to classify this one): “Brain Pickings is a discovery engine for interestingness, culling and curating cross-disciplinary curiosity-quenchers, and separating the signal from the noise to bring you things you didn’t know you were interested in until you are.” You just never know what you’ll find there, but you know it will always be good. Maria also writes for Wired UK and GOOD, and tweets all the gosh darned time. Just look at her profile picture — she’s out there, finding the best of the best for you and me to devour. For example, check out this recent article from The Atlantic:A round-the-world tour of children’s bedrooms. So freakin’ interesting! She also has a popular Facebook page.

Why you should follow him: Sir Ken comes from the world of arts education, and has grown to become one of the most forward-thinking leaders in the realm of creativity. He wrote Out of Our Minds: Learning to be Creative

and The Element: How Finding Your Passion Changes Everything

, which I’m reading right now. Not only is his writing friendly and approachable, but he’s also a riot to listen to. The word “brilliant” barely begins to describe him, and you’ll want to know what he knows. If you haven’t already heard of Sir Ken Robinson, watch this video and you’re sure to become his newest fan.

Her Twitter Page: I design participatory, interactive, slightly strange museum exhibits all over the place. http://www.museumtwo.blogspot.com
Why you should follow her: Nina runs a blog called Museum 2.0, where she talks about participatory museum experiences and making cultural institutions more relevant (and less stodgy) spaces. She wrote a book on the same topic called The Participatory Museum

. In a world full of buttoned up museums, Nina’s voice stands out as controversial. She’s been bucking the system as a consultant to museums, and now she’s running her own show as the ED of the Santa Cruz Museum of Art and History. In this recent post, Nina writes about a newly installed Creativity Lounge where visitors can look at art WHILE assembling a jigsaw puzzle. This leaves the artist feeling like her work is compromised, but the museum’s visitors love it. Follow her for big thinking on breaking down traditions that may be holding on for the wrong reasons.