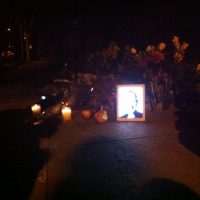 “Here’s to the crazy ones. The misfits. The rebels. The troublemakers. The round pegs in the square holes. The ones who see things differently.” – Steve Jobs

I never met Steve Jobs, but his life’s work has influenced me in multiple ways, both subtle and overt, and it’s impossible for me to pass up the opportunity to acknowledge my gratitude for his attention to detail, user experience, and life-changing technological inovation. I’m writing this post on my Mac while downloading photos off my iPhone, and I can think of a million ways in which these tools have altered my life’s work and interactions. The phone, for one, has kept my brain occupied in the middle of the night during some of my hardest nights of early motherhood, connected my children with their grandparents who live miles away, enabled me to snap impromptu photos and videos of milestone moments (or not) when I left my real camera at home, helped me find my way to restaurants/baby showers/weddings/mechanics/airports/towing companies (not a favorite experience, but thank goodness for the phone!). 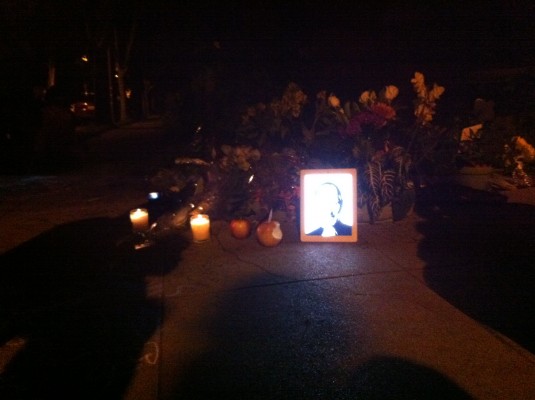 By some error of craziness, I happen to live near Steve Jobs and paid my respect by lighting candles in a touching street-side memorial in front of his home. The memorial grew by morning and it’s more than apparent that his influence reached so many.

One of the main reasons I write this blog is to prompt, suggest, and gently push parents and caregivers toward raising creative children. This isn’t a soapbox, and if you’re here it’s most likely because you also see the importance of creative thinking, but I also want to stress the point that we have to grab the one chance we have to raise children to be their own true selves, to follow their big ideas, to test juxtapositions that may turn into something entirely novel, and to think different. I’m inspired by Steve Jobs’ life — his strong inner compass that directed him to follow his wild ideas despite convention and the allure of an easy road to success.

I found this video from Apple’s Think Different campaign, and it happens to be the only one narrated by Steve Jobs himself. It never aired. And it’s short. If you’re like me, you’ll enjoy hearing the voice of what many consider the Thomas Edison of our time.

And I’d love to know: How has Steve Jobs’ influence changed your life?