One of the almost-weekly segments of this site is called Creative Experiments, and last week’s experiment was to create something with Rubber Bands. Danielle and her daughter Simone were the first to participate with their Elastic Project, which you can view on Danielle’s blog. I love how they hung the piece from the ceiling. I’ve had rubber bands on the mind all week, and thought I’d make a fun paintbrush out of them. To make it, I secured about six rubber bands of roughly the same length to the back of a paintbrush with another rubber band, wrapped tightly. Now, keep in mind that this is an experiment, and sometimes experiments don’t go as planned! 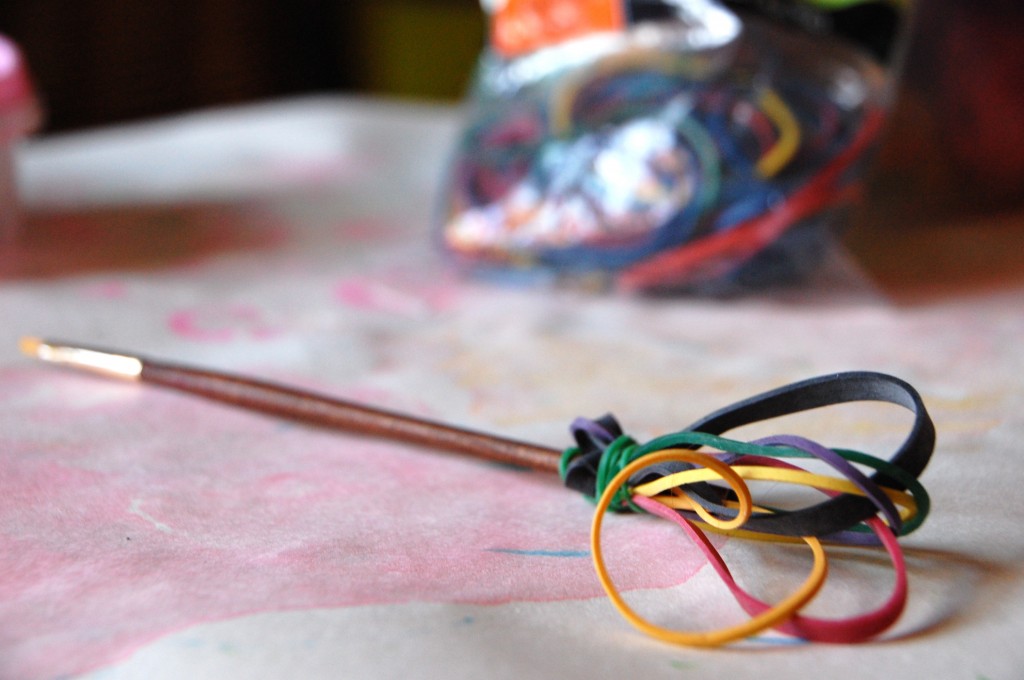 To get the new brush into action, I pulled our easel out of hibernation because N lost complete interest in it a couple months ago (and it takes up way too much real estate to go unused). When she woke up from her nap she took one look at the easel and immediately complained that the paint pots were missing their lids. Where was that “I missed my easel and I’m so glad to see it again” enthusiasm I had hoped for?! I should probably back up and say that 90% of the time she wakes up from her naps grumpy, but still!! Once she settled into being awake, she said she would paint with the caveat that we collaborate, but she wanted nothing to do with the super neat-o rubber band brush that I made. That’s fine, of course, but I hoped that at least the novelty of it would appeal to her. 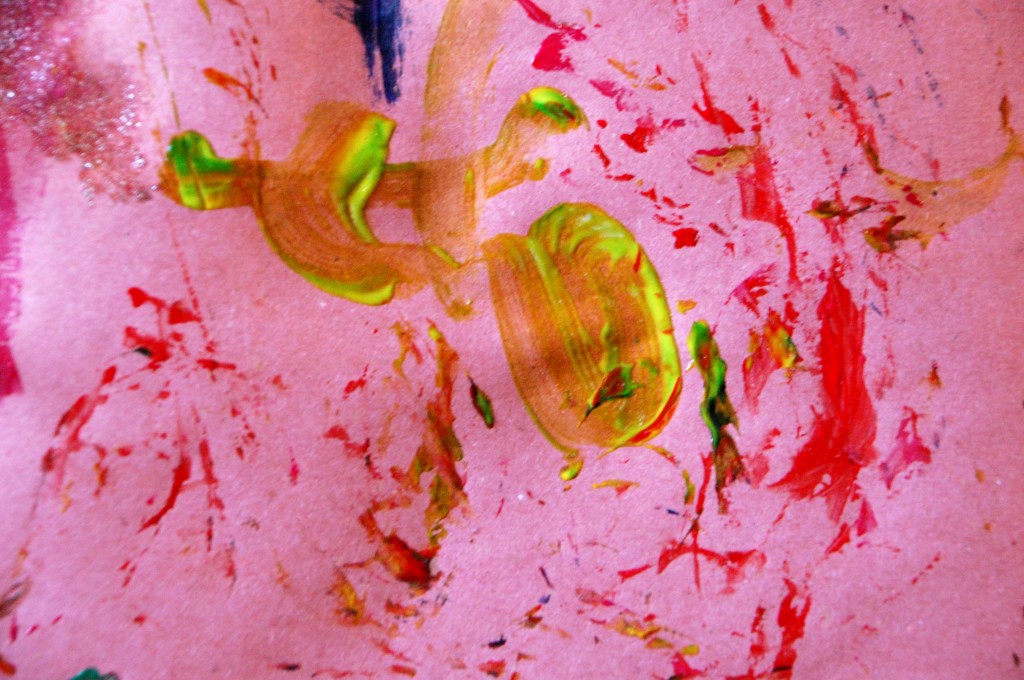 So, up there you can see her yellow marks surrounded by a few red rubber band painting marks made by yours truly. The texture created by the brush is pretty random and silly, and I imagine that a child inclined to paint at an easel (unlike mine. sniff, sniff), would probably enjoy testing one of these out. When I was her age I adored easel painting, so this obviously comes as a surprise. But I also know it can’t hurt to keep offering the materials, and if one day she’s ready they will be there for her. There it is: Rubber band experiment 1.0.

Have you been surprised by your child’s distaste for something you really enjoy?