We went to the Maker Faire this weekend, a DIY design/technology/creativity festival that attracts everyone from crafty sewing upcyclers to techie families looking for a creative outing. It was such an inspiring event, full of tons of TinkerLab-style making, that I thought I’d dedicate the week to Maker Faire talent. I gathered tons of good projects for you, and I hope you’ll enjoy the eye-candy that I have in store for you! 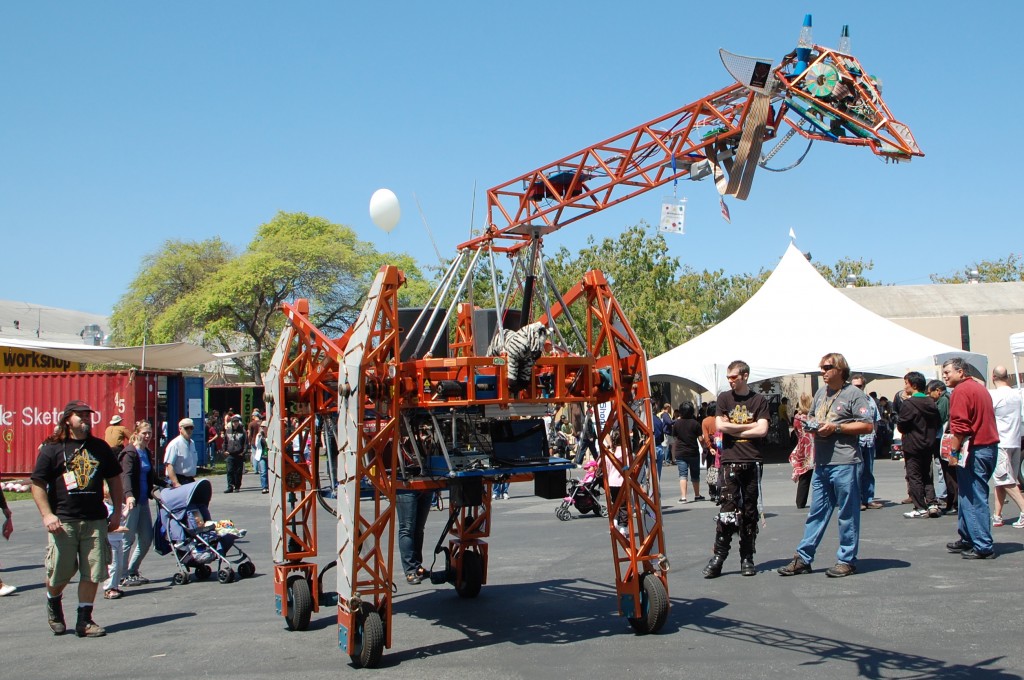 Shortly after walking through the main gate, we were greeted by a giant generator-powered electric giraffe. Its maker, Lindz, scaled a small kit robot up to this grand scale that reaches 17′ when its neck extends…and it was a show-stopper for sure. If you’ve ever been to Burning Man, you may recognize her, and you can read more about her here. 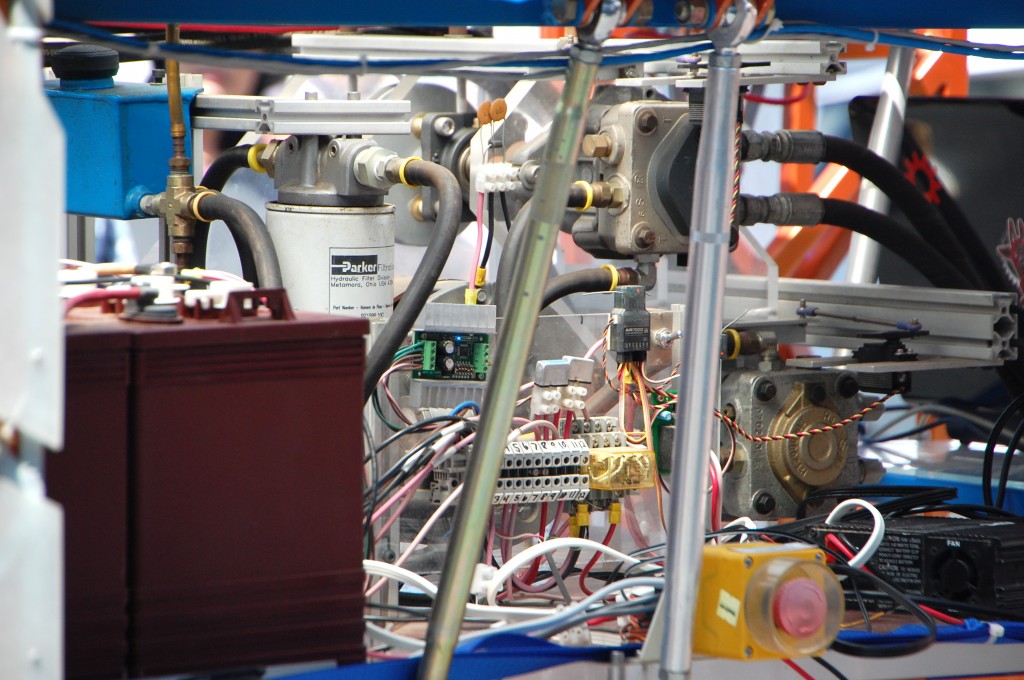 Here’s a peek into what makes her work. I have no clue, but I did loved seeing all of the colorful wires and appreciate the hours of welding involved in making this animal go. 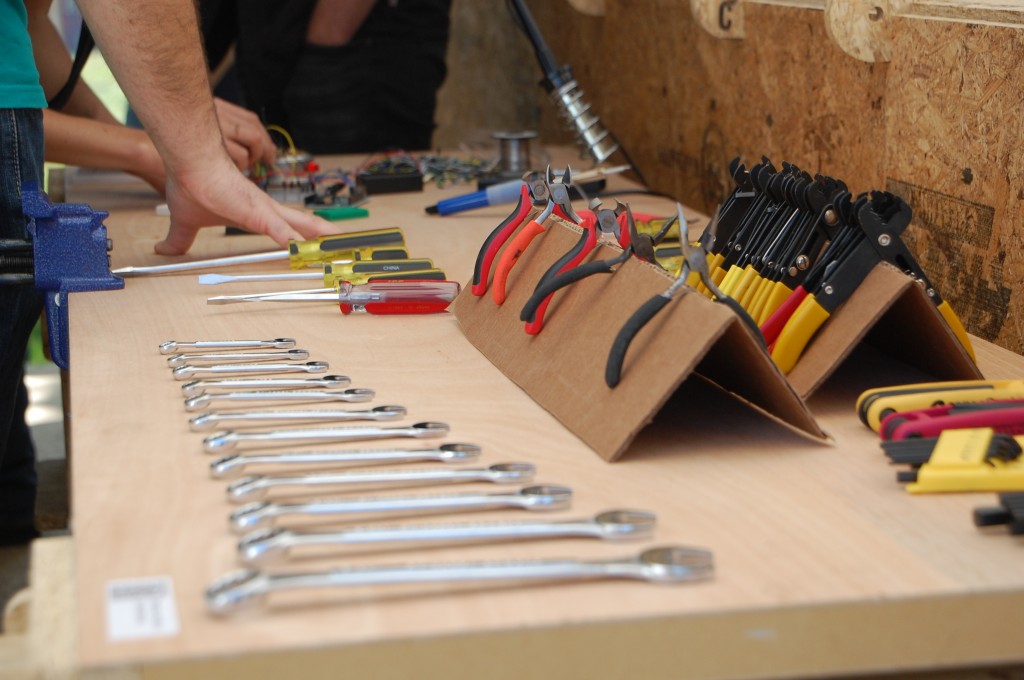 Right around the corner from the electric giraffe was a pop-up tinkering studio that was designed to show how simple and inexpensive it can be to set up your own tinkering space. I love how they set up all their pliers on a folded piece of cardboard.

Inside this studio was a 5-minute LED Throwie project sponsored by Make Magazine. This would be a really fun project for kids older than five, but my 3-year old got into the spirit of it…especially the throwing part! LED Throwies were invented by the Graffiti Research Lab as an inexpensive and non-destructive way to add color to any ferromagnetic surface (street signs, for example). 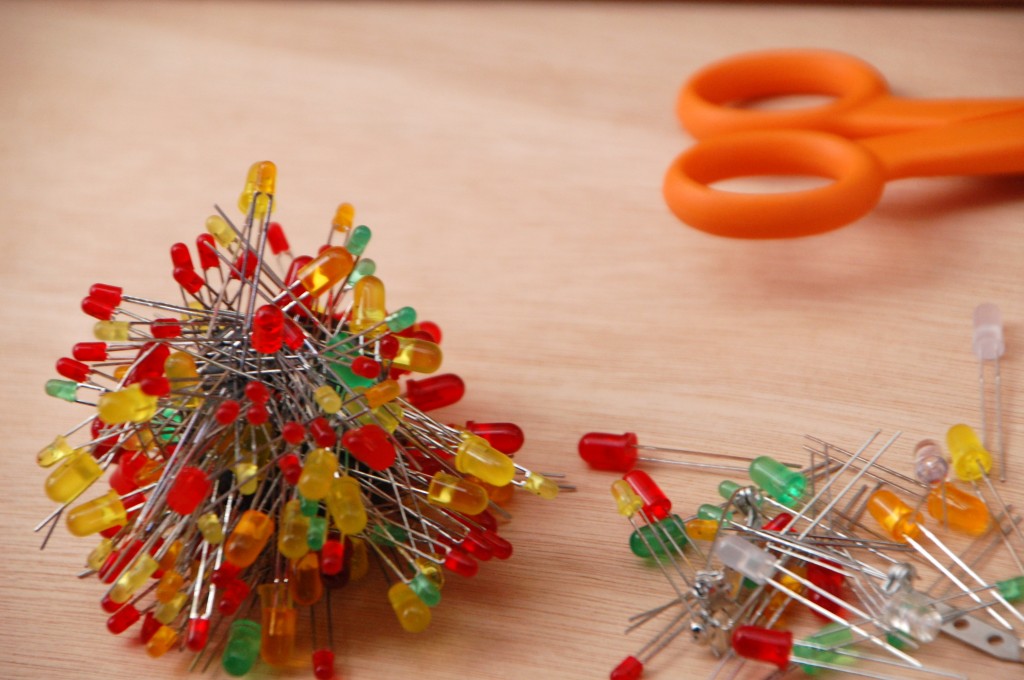 The materials are simple and can be found at Radio Shack or similar stores. 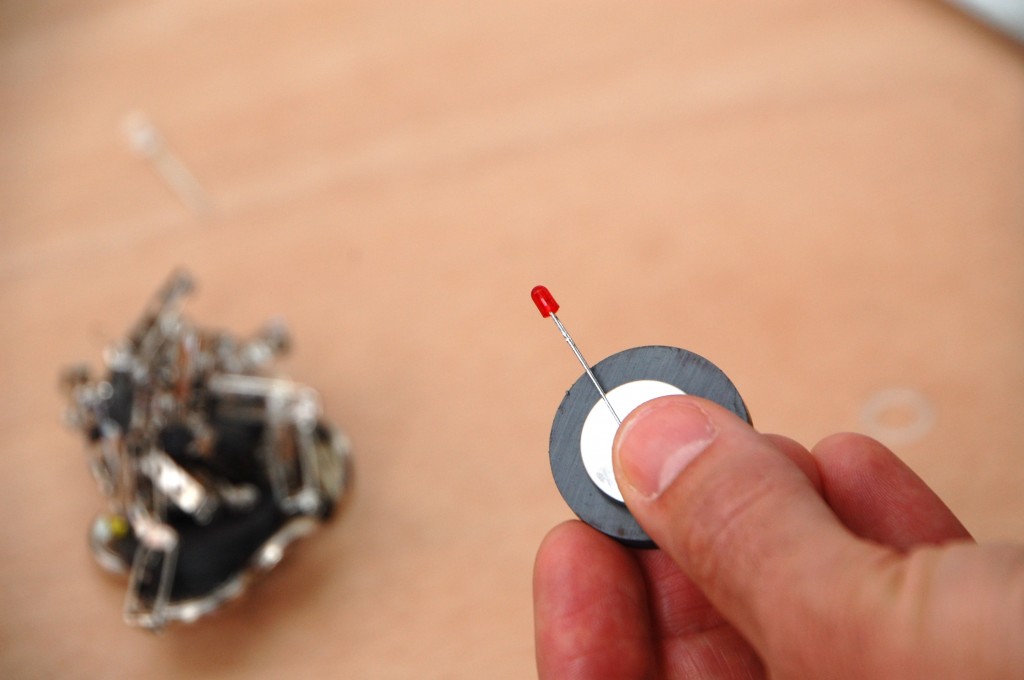 LED lights have a long and a short side. Attach the long side to the (+) positive side of the battery. Squeeze hard to make sure the light works. If it’s a go, take a 7″ long piece of tape and tape the LED around the battery one time. Then continue wrapping the tape around the magnet until you run out of tape. Here’s a really clear tutorial,with costs (about $1 per Throwie), from Instructables.

Your throwie is now ready to be tossed at something magnetic, maybe your fridge? The Throwie should last about two weeks. And when the battery expires, don’t forget to dispose of it properly.

What else could you do with LED lights or throwies?