If you were to ask my six-year old about her favorite places to visit, she would say they are Cape Cod and Disneyland. I’ve asked her this question many times, and it’s always the same.

Cape Cod is a magical summer playground with lots of opportunities to hang out at the beach, spend time with family, and eat ice cream. And Disneyland? Well, it’s Disneyland! And for starters it‘s home to the main street of Walt’s childhood dreams, rides that excite the most fearless five-year olds, and animated characters that come to life beneath pint-sized castles and miniature mountains. 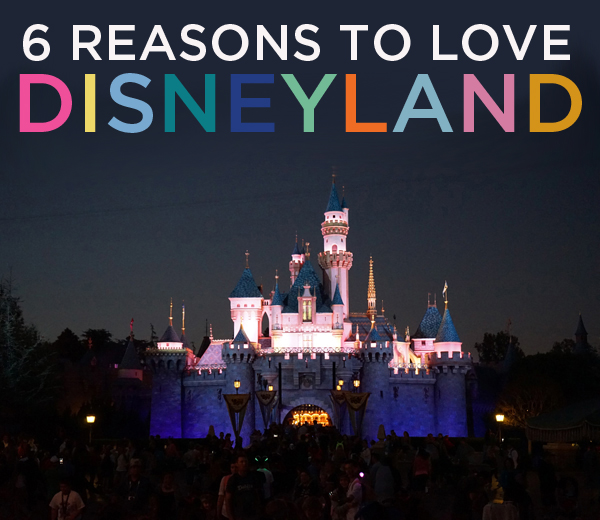 I was raised in Southern California, and Disneyland was a staple of my childhood. One year my parents sprung for off-season passes (thanks, Mom and Dad!) and we spent every free weekend trolling Big Thunder Mountain and the Haunted Mansion. To say I loved Disneyland would be an understatement.

And then there’s this point of view… 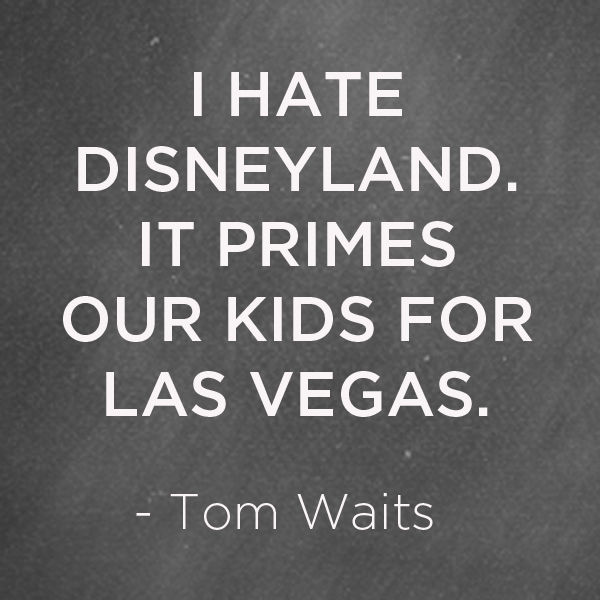 As I got older, my thoughts on Disney began to shift as I grew concerned that my daughters would become princess-obsessed monsters and that their childhoods would be burdened by the commercialization of play.

These worries are not unfounded as plenty of people worry about princess saturation: the best-selling book Cinderella Ate My Daughter* came out two years ago when my princess-related concerns were building and The Princess Problem: Guiding Our Girls through the Princess-Obsessed Years* came out earlier this month. (*Affiliate links)

Despite my best attempts at keeping princesses from my kids, they love princesses: Ariel, Elsa, Anna, Cinderella, Snow White. There doesn’t seem to be a princess that doesn’t capture their imaginations. Let me demonstrate in this photo where my three-year old discusses hair with princess Ariel. 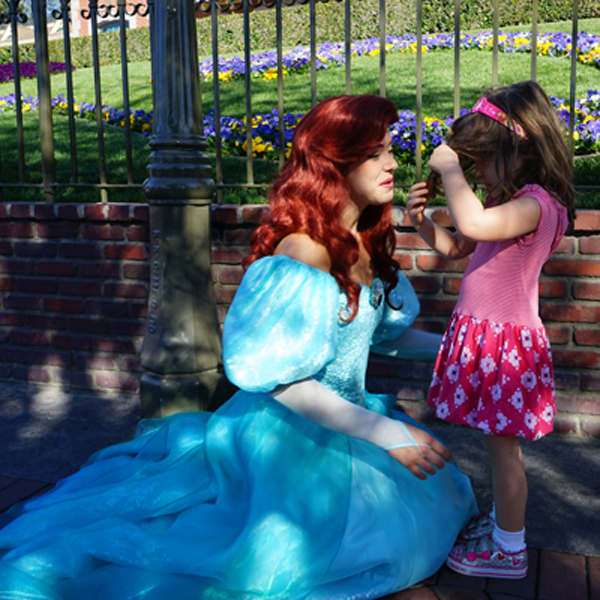 Raising two girls in a princess-saturated culture has inspired me to guide their interests to other things that balance these fairy tale characters with a healthy cast of swashbucklers, space explorers, fairies, and wizards.

Their imaginations don’t seem to be lacking, and they also don’t seem to revere princesses to the point that there are no other options. So three years ago we decided to make our first family trip to Disneyland, and I was skeptical that it would be too sugary-sweet, commercialized, and cloying. But I was surprised! 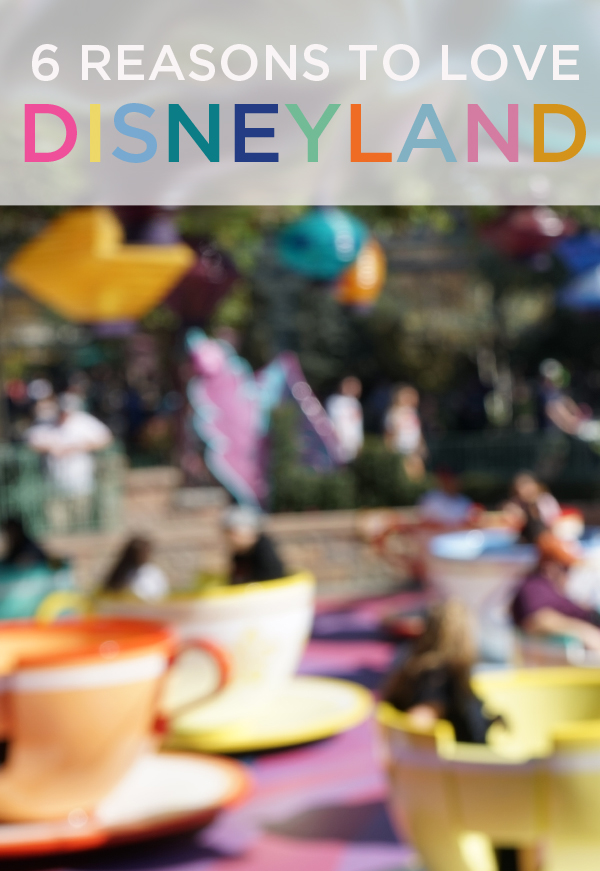 Despite my weary outlook, I enjoyed every piece of our experience. Here’s why we love Disneyland… 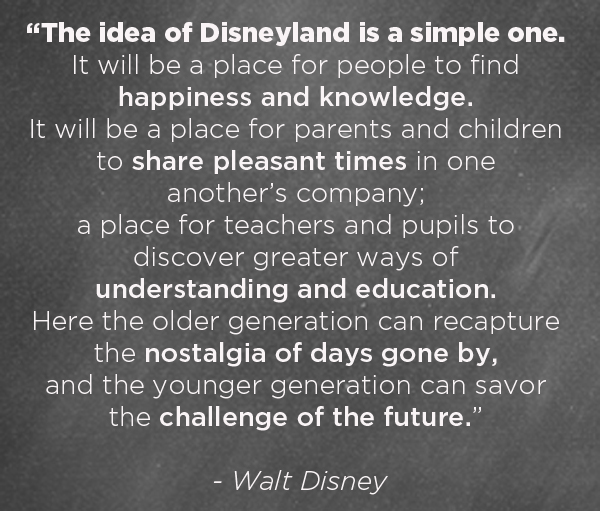 I don’t know why, but my kids are so darned happy at Disneyland. Maybe it’s because we give them our undivided attention, they get to eat sugary treats, everything at Disneyland is spotless, many of their favorite characters come to life before their very eyes, or they’re plain ol’ thrill seekers. Walt Disney knew how to design a magical atmosphere, and I’m in awe of his vision. 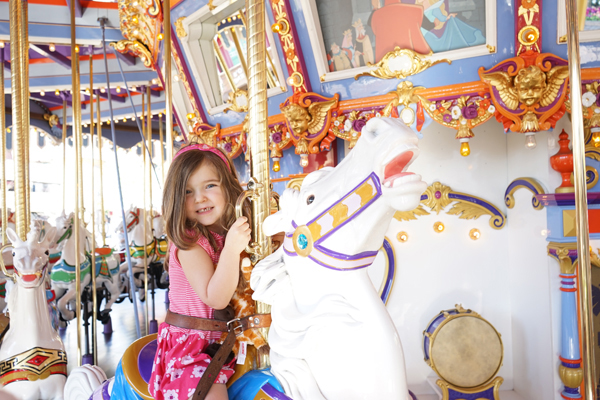 But mainly, I love that Disneyland has been such a positive place for our family, and that we’ve been able to build some strong family memories there.

2. We Love the Music

Everywhere you go, music is subtly (and not-so subtly) piped in to make the experience more immersive. Disney has it figured out! I can’t even look at this picture of the tea cups without singing the Mad Hatter’s theme song in my head. As I returned to real life, when done well, I marveled at how nice it is when music plays a background role in an experience. 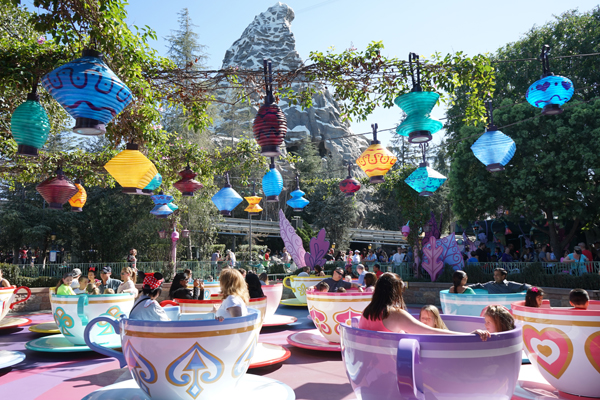 Here are a few other favorites:

Yo Ho A Pirate’s Life for Me

It’s a Small World After All

While some of the food at Disneyland can be pricey and some of it is not so good, and for that I would recommend bringing in a few favorite snacks and bottles of water, here are a few treats that we seek out at Disneyland:

Refreshing Drinks on a Hot Day

Let’s face it: the chance that you’ll be at Disneyland on a hot day are pretty high. As the heat rises, I have two recommendations: 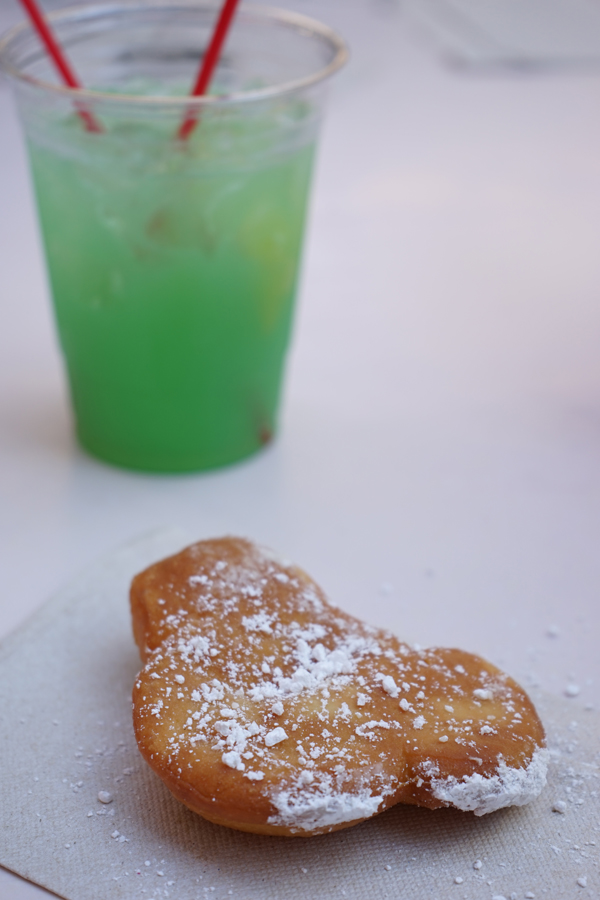 If you’re celebrating a special occasion, you won’t be disappointed by making a reservation (required) for Blue Bayou in Pirates of the Caribbean. At the time of this post, you can make reservations up to 60 days in advance. Book early!

Special effects and a little Hollywood magic have turned the indoor restaurant room into what a appears to be a twilight Bayou oasis. My parents took us there once in my childhood, and I never forgot it. When N turned five we celebrated under the stars as boats embarked on the pirate adventure next to us. 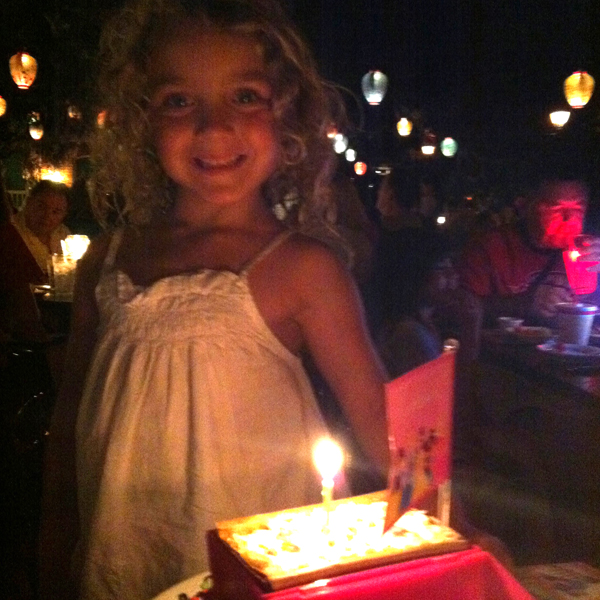 If you’re celebrating a birthday, as we were, you have the option of pre-ordering a cake that comes in a treasure box. Yes, please! It’s not cheap, but Disneyland isn’t something that we do every day.

It doesn’t sound fancy, but the corn dogs at the Little Red Wagon, a little cart near Carnation Plaza off of Main Street, is worth a stop. For $7.69 you get a super good hand-dipped corn dog and apple slices or chips.

4. We Love Hunting for Hidden Mickeys

On our most recent visit I introduced my kids (ages 3 and 5) to the idea of hidden Mickeys. Hidden Mickeys started out as a private joke amongst Disney’s Imagineers who would secretly place the Mickey symbol (one large circle with two smaller circles above it) around the park, and it soon grew into a widespread phenomena that lives on throughout all Disney theme parks. 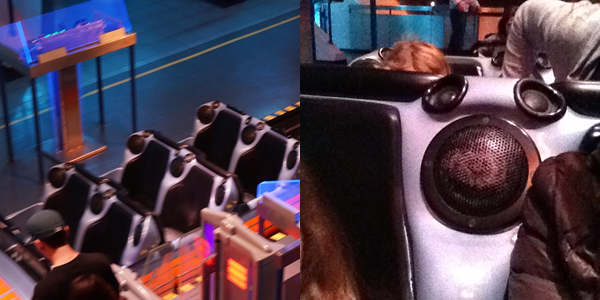 For a full catalogue of Hidden Mickeys at Disneyland and other Disney theme parks, check out HiddenMickeyGuy.com

5. We Love the Family-friendly Lines

One of the more genius things that Disney has introduced for families with small kids is the Rider Switch program.

If you’re visiting Disneyland with a child that’s too small to go on, say, Indiana Jones Adventure, one adult in your party can go on the ride while the other adult takes small children on a gentler ride. The first adult gets a rider switch pass that they pass on to the waiting adult who can then go straight to the front of the line without waiting.

We used this A LOT! 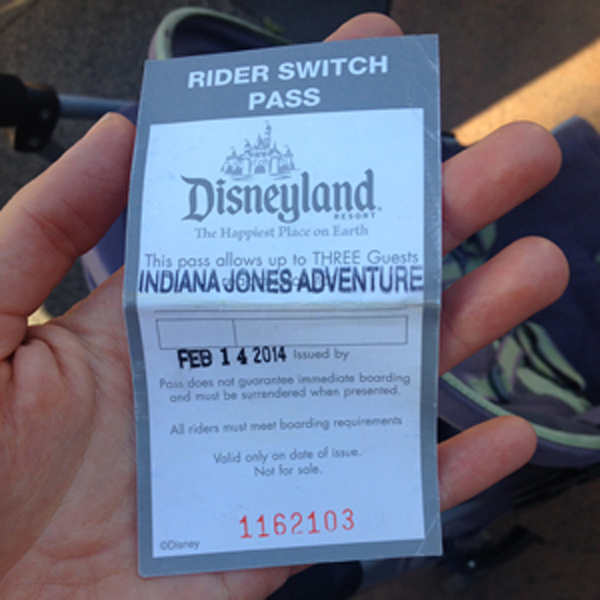 6. We Love How it Builds Imagination

The design of the entire park and the rides themselves are laden with imagination. As we go through the park I like to ask my kids questions like:

Last year we visited California Adventure, which is next door to Disneyland, and they host a fantastic Animation Studio where you and the kids can learn how to draw animations with a real animator. So awesome.

There are so many rich opportunities to introduce children to the worlds of art and engineering through the clever and immersive Disney experiences. When you think about what makes the Jungle Cruise, Pirates of the Caribbean, and It’s a Small World so captivating, it’s partially how they’re brought to life with life-like animatronic characters.

The Jungle Cruise is hilarious, especially with the right guide, and the surprising realistic animals give rise to even the most jaded adults. 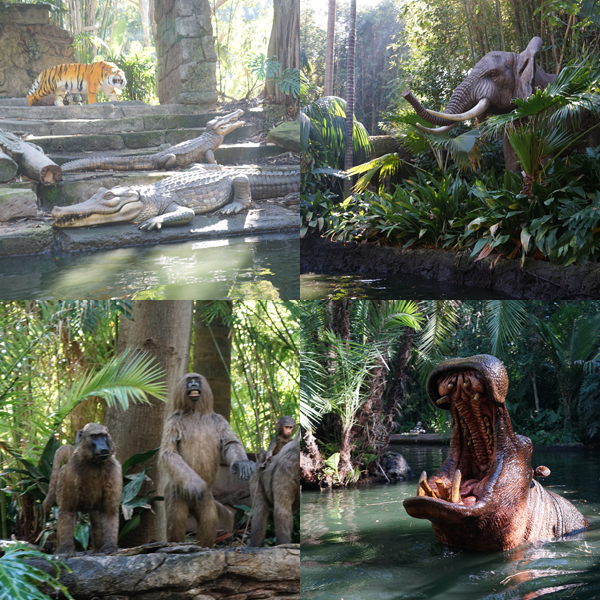 When we visited in February, Olaf was one of the newest attractions, entertaining visitors as they waiting in the (gasp!) 3-hour line to meet and greet with Anna and Elsa. 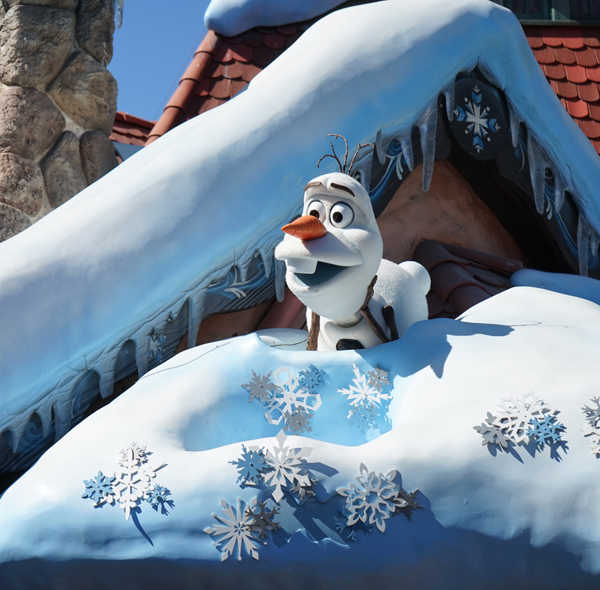 You can read up on the history of animatronics here and here, and get a behind-the-scenes look at how Imagineers work in a video that’s a collaboration between Walt Disney Imagineers and Maker Camp. This video is a good one to watch with older kids who are interested in imagineering: 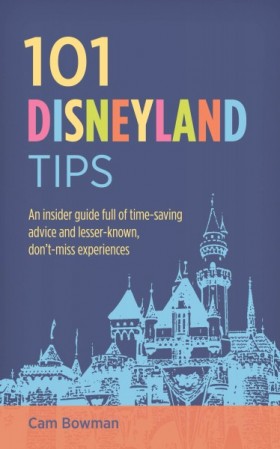 And my friend Tiffany pulled my favorite Disney tips out of me in Magical Birthday Moments at Disneyland.

Have you been to Disneyland? What do you love about it?

Note: Disneyland gave me two tickets to enjoy the park and I was not otherwise compensated to write this article. All ideas in this review are entirely mine.

Is this your first time here?

Join the Tinkerlab network and be the first to know about simple art + science projects for kids, creativity tips, and simple ideas that will make your life more creative. Sign up for our newsletter.

In case you blinked and missed it, TinkerLab rounds up all the great stuff on the internets on keeping you and your critters creative and wraps it up for you in a tidy newsletter! (And throws in some secret giveaways for good measure!)  – Yuliya P., San Francisco, CA

Join our community and you’ll learn: