“A teacher affects eternity; he can never tell where his influence stops.”  ~ Henry Brooks Adams

Have you ever had one of those teachers whose inspiration never left you? Someone who lit a fire in you that never died. A teacher whose influence and ideas are carried with you to this day? 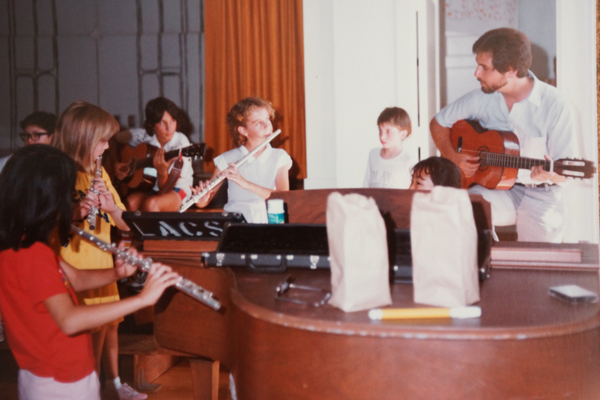 I feel lucky to say that I’ve had one of these teachers.

Rafe Esquith taught fifth grade at my school and I was lucky enough to participate in his after school Shakespeare program. But teachers come in all forms just as children do. Based solely on my elementary school memories of Mr. Esquith, I bring you Three Little Known Secrets to Great Teaching. 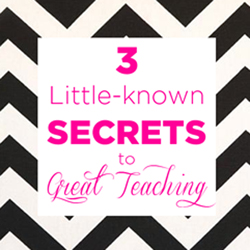 #1 Secret to Great Teaching: Teach What You’re Passionate About

Rafe was (and still is) passionate about Shakespeare. He spent endless hours of his personal time teaching eleven-year-olds how to unpack meaning from plays like Richard III, MacBeth, and A Midsummer Night’s Dream. Each year we put on a full unabridged Shakespeare play complete with costumes, rock ‘n’ roll musical accompaniment, and sets. There were so many children in the program that he double cast every role and we held two separate performances so that each child could perform. Before we ever stepped foot on the stage, we read the play numerous times, laughed over Shakespeare’s play on words, and learned about some of the words that he invented (did you know that the word Moonbeam was first introduced in A Midsummer Night’s Dream?).

What made Mr.Esquith shine so brightly in my eyes is that he walked the talk. He didn’t say, “Shakespeare is important. Read these ten pages and we’ll have a quiz on it tomorrow.” Rather he loved everything about Shakespeare and his enthusiasm for the topic was contagious. There was not one child in Rafe’s Shakespeare program who didn’t aspire to love Shakespeare as much as Rafe did.

Many years later when I was studying at UCLA, I enrolled in a Shakespeare class. Half of the plays we read in that course were plays we had covered in Rafe’s afterschool program, and I remember breezing through the text like you might nostalgically look at Good Night Moon. The meaning and the stories stuck with me after all those years.

Lesson: Teach what you’re passionate about and your enthusiasm will spread. 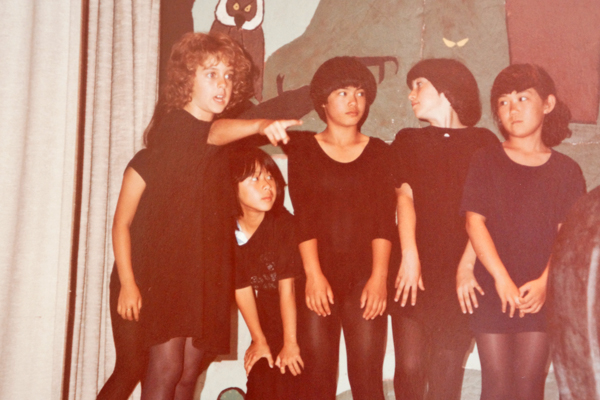 Secret #2: Look for the Gift in Every Child

Not every child is the same, and each child carries unique strengths.

After spending time getting to know all of us, Rafe assigned roles. I was a pretty good flute player, so he found a place for me as a musician. My friend Rachel carried herself eloquently and was such a strong actor — she took a lead role. Some of the children were quieter than others (I was one of these children), and he cast them in ensemble roles. Rafe genuinely cared about his students and saw that everyone participated in a way that made sense for them.

Lesson: Pay attention to the children who are not the typical shining stars and find something wonderful in them. Figure out what makes them tick, and celebrate this. Children are capable of so much if you just give them the chance. 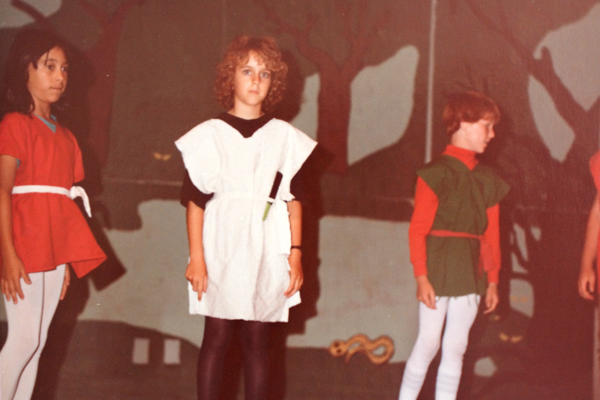 I’ve been watching Rafe’s career from the sidelines, and I know that he follows district guidelines in order to deliver the curriculum that all Los Angeles public school teachers are supposed to provide for their children. What sets Rafe apart from the teacher who solely follows the rules is that he’s not afraid to forge his own path. He arrives at school early, he stays late, he makes a point to accompany each unabridged Shakespearean play with rock ‘n’ roll music, and he raises money to take his students all over the world to apply their classroom learning to the real world.

Lesson: Look at your curriculum and find fun and non-traditional ways to bring it to life.

When I first met Mr. Esquith, he was just at the beginning of his career and I simply knew him as an amazing teacher.  He’s since gone on to write numerous books and receive teaching honors such as the Disney National Outstanding Teacher of the Year Award, Oprah Winfrey’s $100,000 “Use Your Life Award”, Parents Magazine’s “As You Grow Award”, National Medal of Arts, and Esquith was made an honoraryMember of the Order of the British Empire. You can read more about his program The Hobart Shakespeareans here. 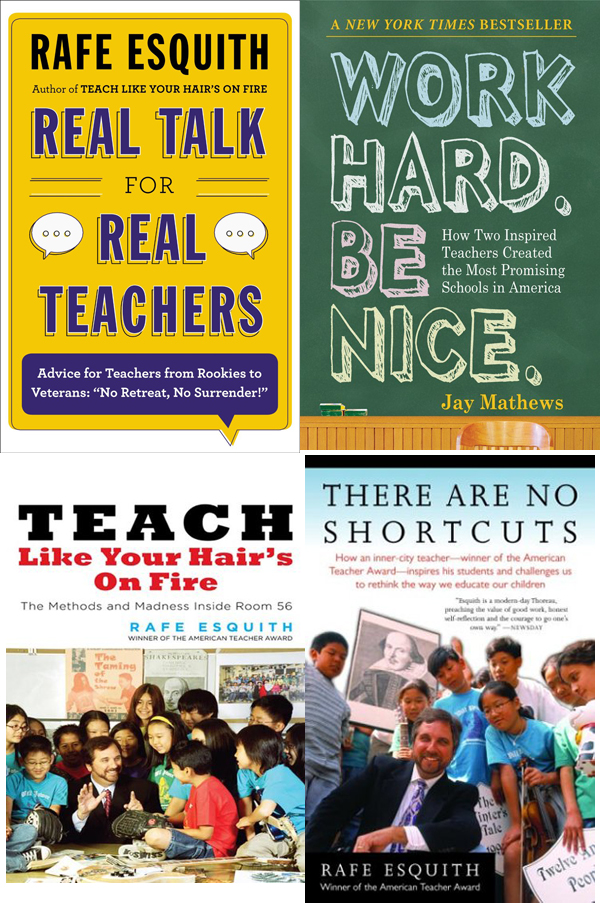 Real Talk for Real Teachers: Advice for Teachers from Rookies to Veterans: “No Retreat, No Surrender!”, Work Hard. Be Nice. (New York Times Bestseller), Teach Like Your Hair’s On Fire, There Are No Shortcuts

A Question For You…

Note: this post contains affiliate links but we only share links to products that we love or that we think you’ll find useful.