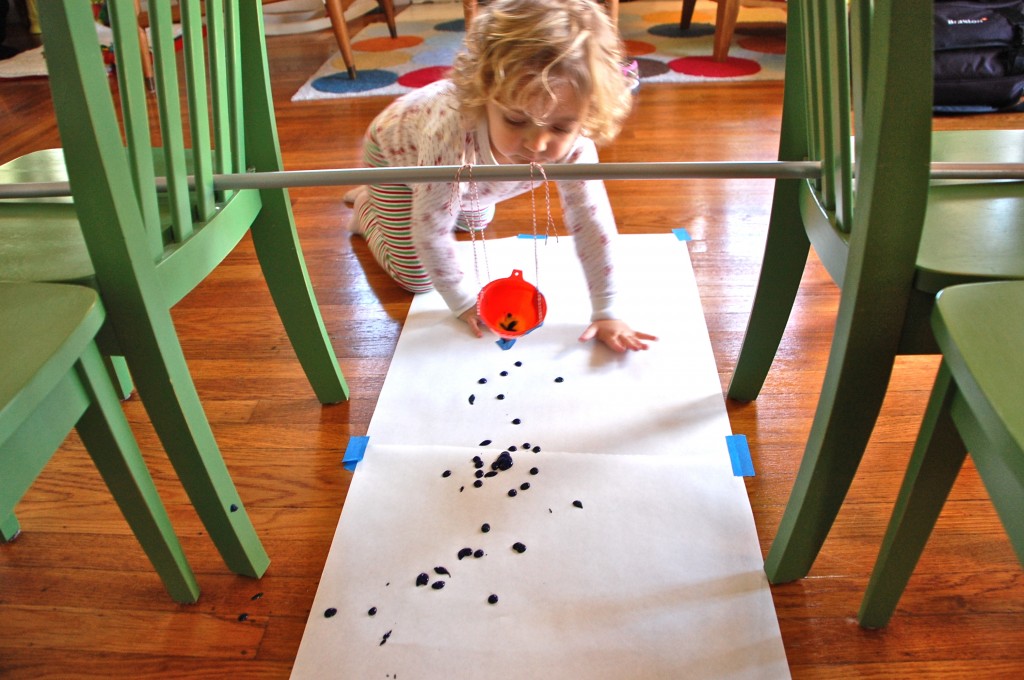 This was inspired by an idea we found in Mary Ann Kohl’s Preschool Art. I know I’ve said this many times before, but Mary Ann’s books are brimming with creative and engaging projects, and each of mine are dog-eared in a million places. We used materials that we already had around the house — low threshold projects are my cup of tea! — and the set-up is really easy. The other thing I loved about this activity is the SCALE of it — I knew my child would be captivated by swinging a paint-filled funnel across a huge sheet of paper! Now that we’ve done this, the only drawback I could see was doing this indoors, as my daughter wanted to swing paint in every possible direction, turning me into a mini-general who curbed her enthusiasm more than I like to. 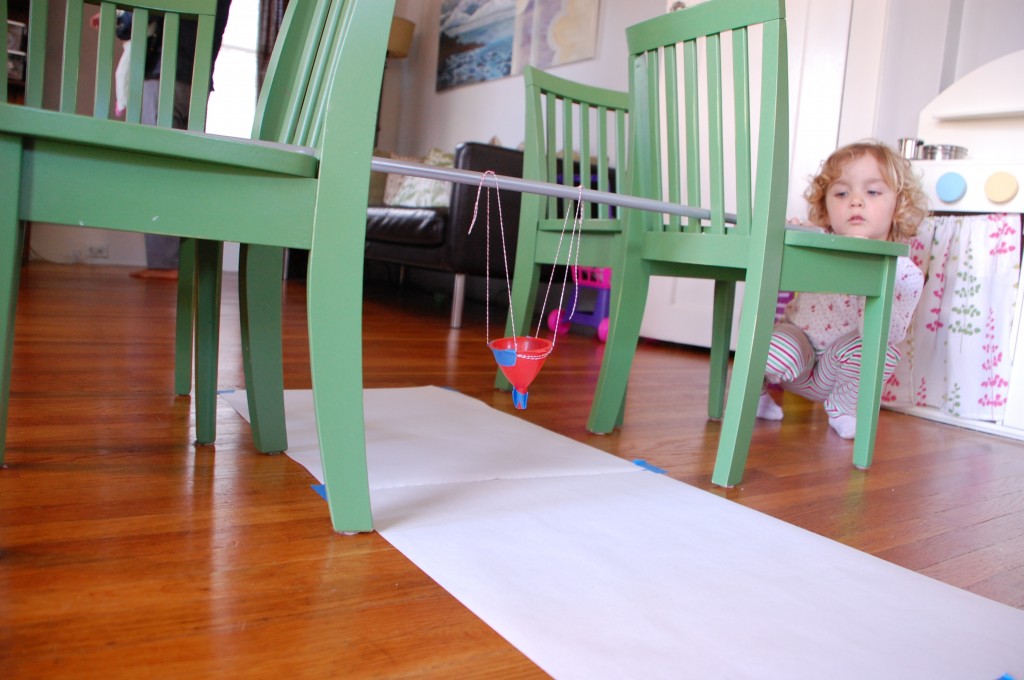 To make this happen, we used:

My daughter helped me tape a big sheet of paper to the floor. We noticed that it wasn’t long enough, so we added some more. I could tell that the paint would come pouring out of the funnel, so I taped off the bottom of it to make the hole a bit smaller. I wrapped some string around the funnel, and taped it in place. Then I looped the string over the pole. 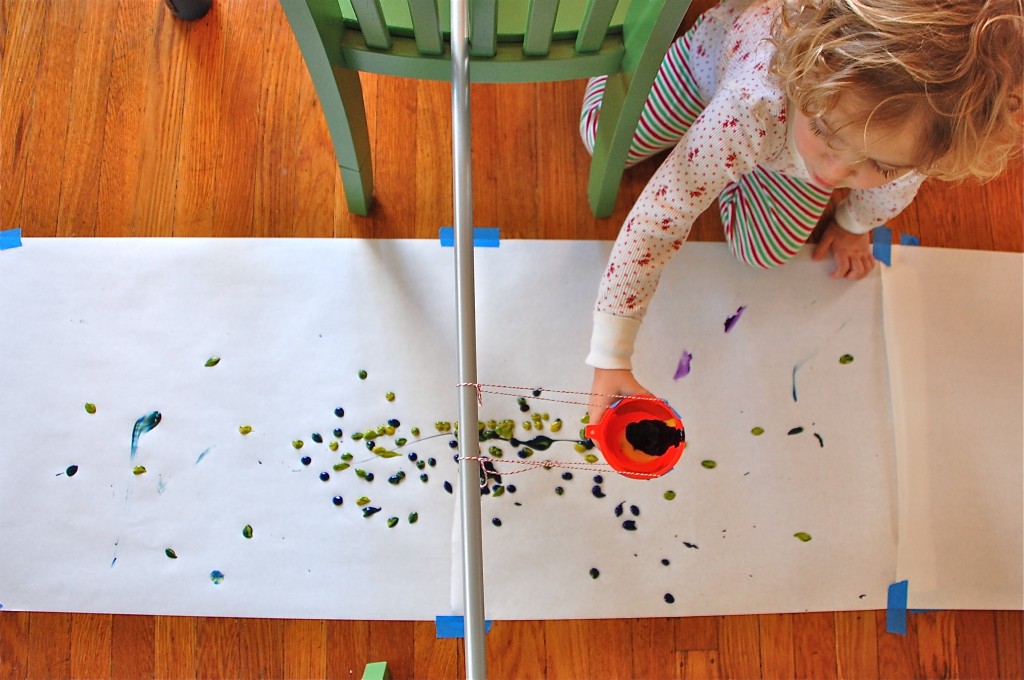 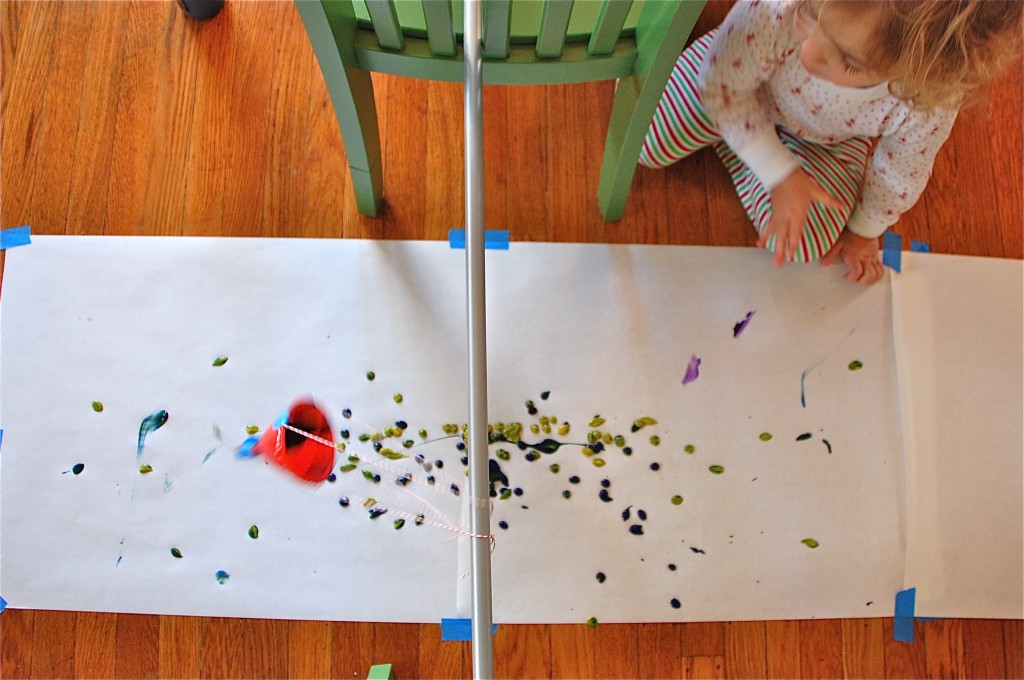 After a few easy-breezy swings, N wanted to give the poor little funnel some heavy-duty pushes, which would have been fine if we were outdoors. After mopping up the fourth or fifth puddle of paint off my floors, we called it quits, but we’ll definitely be taking this activity outside in the near future. I can also envision sand in the funnel over a sandbox, or rice over a (really big!) sensory table. 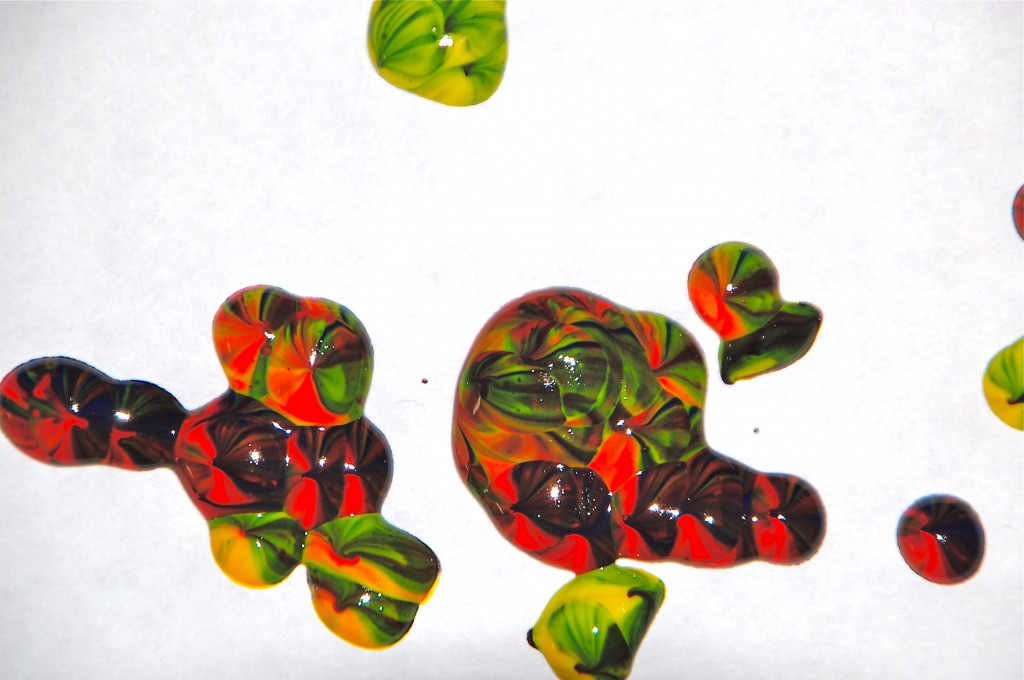 Do you have any other ideas for funnel swings?