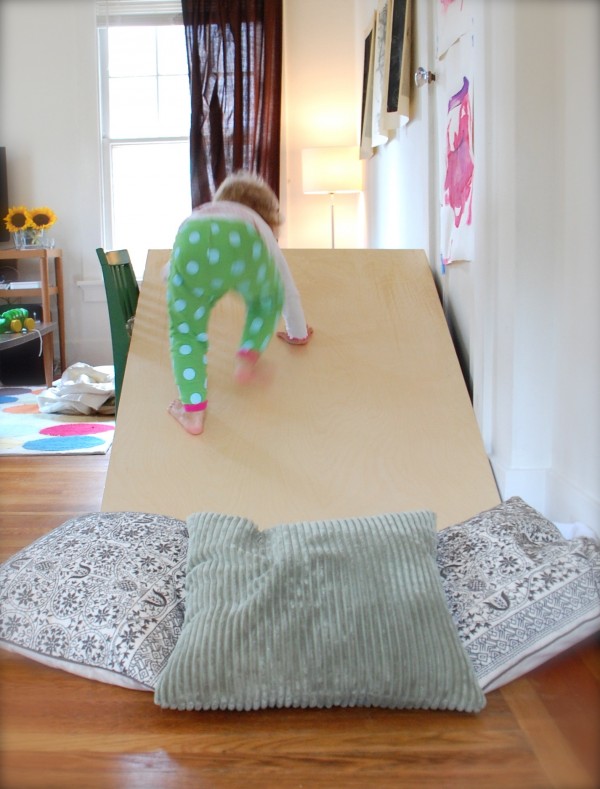 While I’ve been on baby duty this past week, my husband has been an incredible pal to our older daughter, and it’s been inspiring to watch them develop their own style of play and invention. We both believe strongly in paying close attention to our child’s interests and then helping her grow beyond her current capabilities, which is how this little activity emerged.

On this snoozy weekend morning, N really wanted to hit the park and run around, but my sleep-deprived husband was still rubbing his eyes and nursing his coffee. A middle ground was found with a few rounds of couch somersaults, and then my DH struck gross-motor toddler gold when remembered the large piece of wood we picked up for my inverted-board-turn-the-breech-baby exercises. Add in a yoga mat for friction and a few pillows for protection, and the slapdash slide was invented. 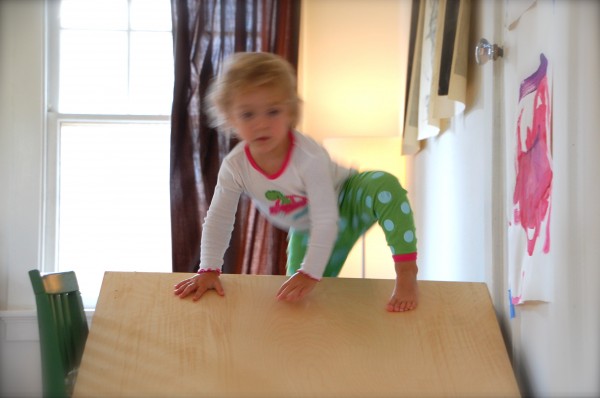 One of the pillars of our parenting philosophy lies in the idea of the zone of proximal development, a learning theory developed by renowned psychologist and cognitive theorist, Lev Vygotsky, which can be described as the gap between what a learner has mastered and what a learner is capable of doing with help. 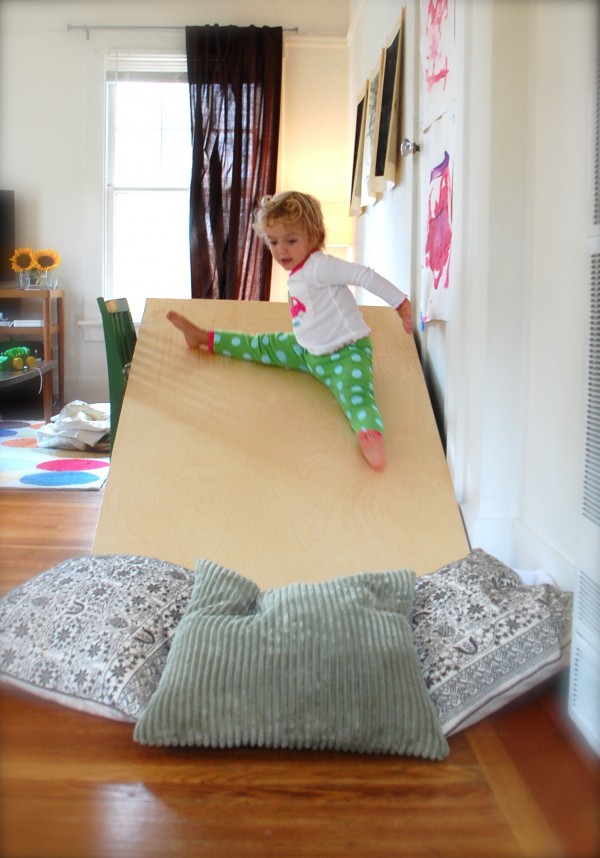 In this case, our daughter loves climbing and tumbling. Combine building the slide with some dialogue and a few gentle suggestions, and she was soon diving down the slide head-first, turning her body sideways to scoot down in “the splits”, and walking up and down the slide. These are all things she could do at the park, but with other kids around we ask N to play it safe and have good playground etiquette. The beauty in this activity is that it was all hers, and she could explore and push herself as she desired. 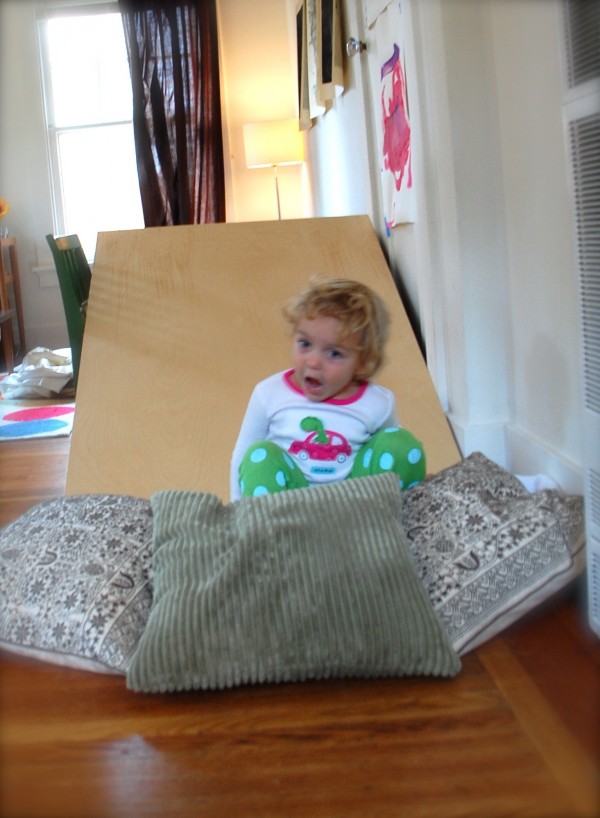 What games and toys have you invented with your kids? In what ways have you guided a child master a skill that was too difficult for him or her to master alone?