N is fascinated with Halloween decorations, and with every animatronic witch and 10-foot spider that we see around town she decides that we, too, need to own “that!”. We decorated with some cobwebs, pumpkins, and a 3 foot spider, but apparently that’s not enough! After seeing a ton of ghosts yesterday, followed by lengthy discussions about our spooky friends, with my daughter asking “how could we make a ghost?”, this ghost bonanza emerged. I’m not an early child educator, but I’ve taken an interest in emergent curriculum, which is planning a curriculum based on students’ interests, and the proof that this concept need not be relegated to preschools was in the HOURS of ghost decorating and play that followed.

While N was napping, I cut up some fabric for ghost-making. 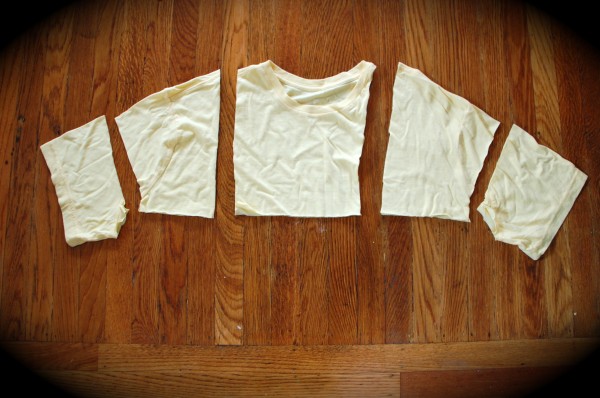 The remains of the t-shirt I cut up for the Upcycled Circle Scarfs would become ghost heads. 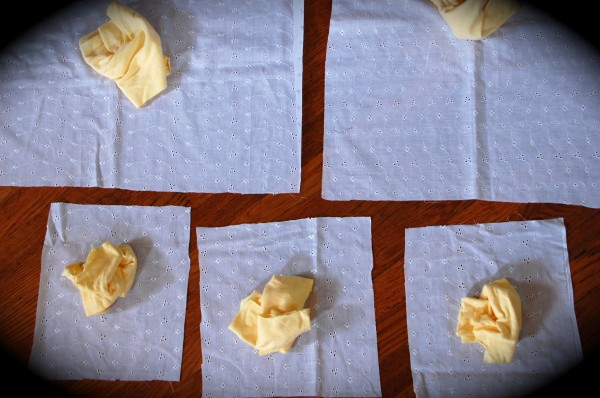 I laid these out during naptime, and when she woke up she threw them across the room. Really! Anyone else have kids who wake up grumpy from their naps? 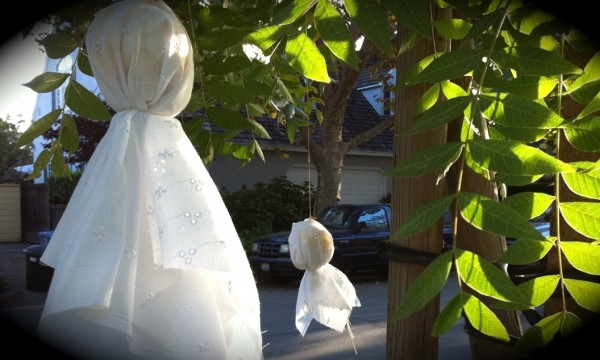 Once the dust settled and bellies were filled with snacks, we made our ghosts and hung them from a tree. 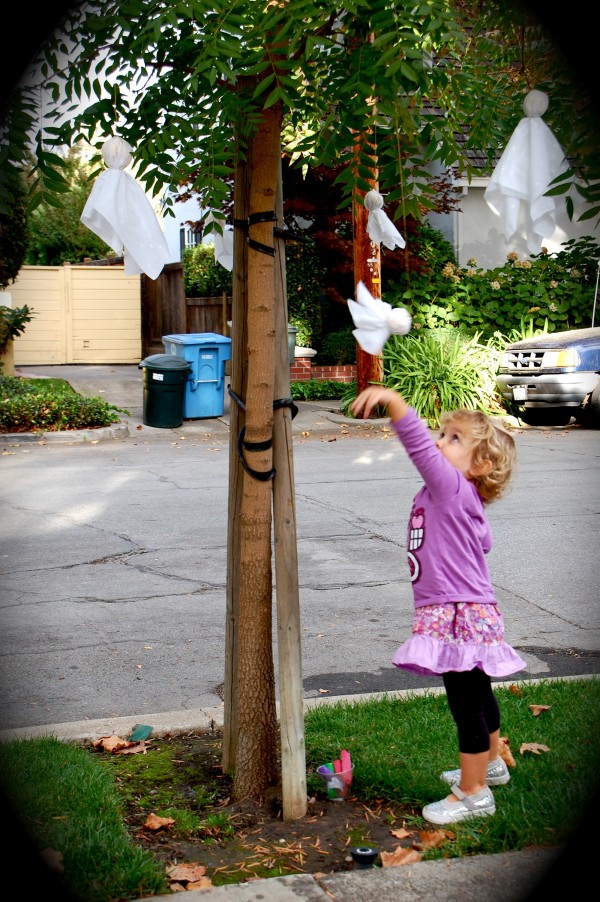 And had fun swinging at ’em like a pinata. Pinatas are big around here. 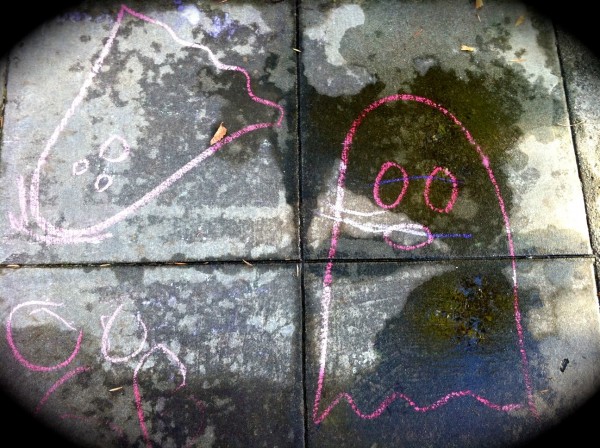 We drew ghosts on the sidewalk.

Then we came inside and made more ghosts out of paper. I pre-cut them into blobby ghost shapes… 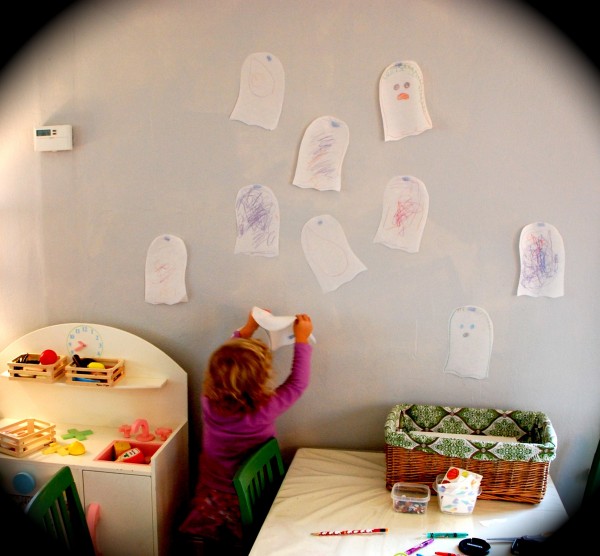 …and then N went to town. 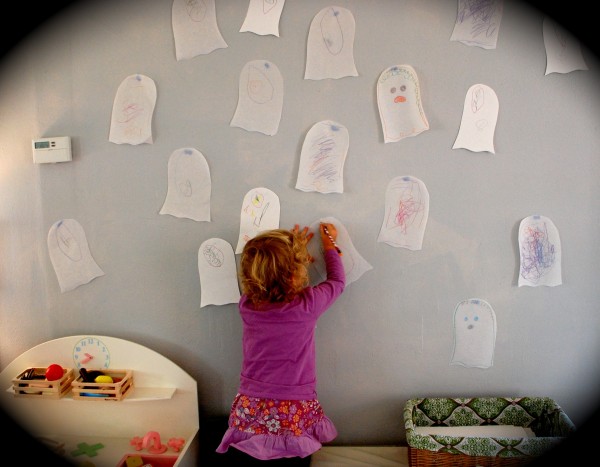 The ghost family kept growing and growing. At one point my darling daughter proclaimed, “I’m making our house really spooky!” True that! Then N decided to embellish with stickers, sequins and pencil. After dinner, the ghost-making continued. I was truly floored by her commitment to this project.

What Halloween activities are you up to?

In what ways have you followed an “emerging curriculum” with your kids or students?